FIRST Robotics is an international non-profit organization that was founded by Dean Kamen. Kamen is also the founder of a DEKA Research & Development Corporation which focuses on the development of innovative and disruptive technologies for a variety of industries. FIRST was designed to promote the interest in engineering and innovation in students. Each year FIRST Robotics holds a world-wide competition where students compete in a robotics design and implementation competition.

Team Phoenix is a FIRST Robotics team in the Greater Nashua, New Hampshire area. This team is headquartered out ofDaniel Webster College and is made up of over 65 high school students from Merrimack, Nashua, New Boston, and other surrounding towns. Each year the students build a robot for the FIRST Competition. The students focus on designing, mechanical, coding, business development, systems, and electrical.

For the 2015 competition, the team designed a complex custom chassis. This component would hold all the electromechanical assemblies and be the body of the robot. Because this chassis would be the hub and body of the robot and had very complex features the students knew they needed to reach out to a manufacturing facility for assistance.

Seven days after the quote was accepted, the students received their sheet metal prototype chassis. The fast turn-around was instrumental in their 6-week build timeline. Once they received the chassis the students began assembling the robot. During assembly they noticed the robot weighed too much with all the mechanisms and electronics they had added.

The team again reached out to China Manufacturing Corp. with the weight challenge. They realized they could cut several pounds from the large aluminum pulleys that made up the drivetrain, but it required a CNC machining process. The lighter pulleys would let the team keep all of their mechanisms and sensors and meet the weight requirement without sacrificing any functionality. China Manufacturing Corp. was able to machine and deliver the parts, again, within a week.

This fast turn-around from China Manufacturing Corp. proved to be critical for the robot construction. The students were able to build two complete robot prototypes prior to the competition. The ability to build two complete prototype iterations in a six week timespan allowed the students to troubleshoot and ensure their robot would be competitive.

At the end of the six weeks the students attended the FIRST Robotics competition. The students had learned to use SOLIDWORKS software to design custom prototype sheet metal and CNC machined parts. Most importantly, the students learned the importance of teamwork and ability to problem solve when faced with challenges. 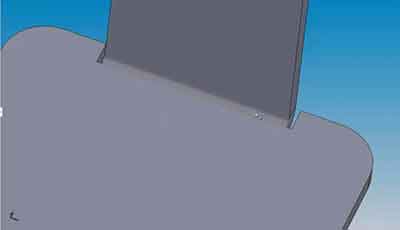 What is Bend Relief?
Take a piece of paper and try to fold just the middle inch of it to form a flap. Unfortunately, you can’t do it because the rest of the paper wants to fold up, too. 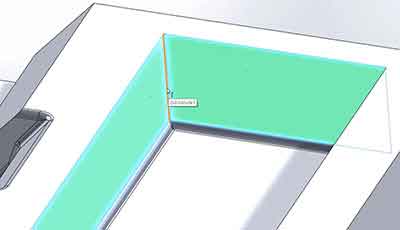 What is an Interior Fillet?
When you use CNC machining to create a part, you will get curved areas where end mills can’t create a sharp corner.

Get a quote using our hassle free part upload form!